What IS Street Photography, Anyway? 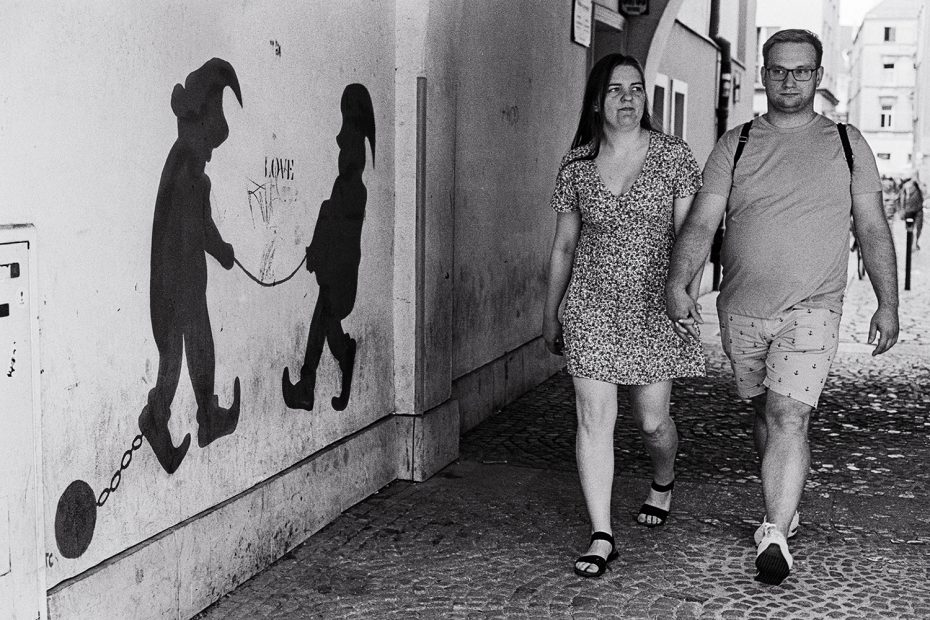 In Magnum’s excellent online on-demand course, ‘The Art of Street Photography‘, Carolyn Drake acknowledges the difficulty in defining Street Photography. “I think every photographer should define what the street means to them in their own way. There’s no one way of defining street photography”, she notes. Here lies the problem in answering this question, “What is Street Photography, anyway?” and with any attempt to be succinct .

In the same course, Richard Kalvar answers Drake’s proposition, when he explains “my street photography is grounded in real people doing real things, and my observing them, reacting to them and trying to squeeze them into a rectangle.”

People-Watching as an Art-Form

Street Photography is recognised by most as candid photography of humans out in the world living their human lives. Chance encounters, from intimate, poignant moments, to wry, humorous interplay. It is people-watching as an art-form. Though one may already dispute this. Elliott Erwitt is well known for his photographs of dogs, Eugène Atget for his buildings of a disappearing Paris, and William Eggleston for his myriad inanimate objects (a particular favourite, the red ceiling that graces the cover of Big Star’s Radio City). All three are masters of the craft.

When one thinks of a Street Photographer, one might conjure images of Garry Winogrand, Jill Freedman, or Bruce Gilden stalking the streets of New York. Street Photographers do not always practice in the street. Any public place, indoors or in the fresh air can invite the practice.

Small, inobtrusive cameras such as the Leica M rangefinder (used by too many photographers to mention), or the Ricoh GR compact (used by, among others, Daido Moriyama) are popular as they avoid attracting attention toward the photographer in the street. And yet Martin Parr, for instance, uses an SLR and Mark Power a Large Format camera, so here there is also no real common thread.

Matt Stuart, Alex Webb, the aforementioned Parr – all known for their vibrant colour photography. Elliott Erwitt, Cartier-Bresson, William Klein for their work in black and white. Nope, no consensus here either.

One area where I feel all photographers mentioned above, and those not, may agree is that timing is all important. Being in the right place, at the right time and anticipating the scene before it occurs is the great skill that makes for truly great Street Photographers.

What Is Street Photography, Anyway, To Me?

For readers who have had the opportunity to look at my photographs, I think it will be no shock at all to discover my definition would somewhat mirror that of Richard Kalvar, above. I came to Street Photography, as many do, through the photos of Cartier-Bresson (through him, I developed a great love for surrealism) and then later discovered Kalvar and Erwitt, who, among others, have had a profound effect on me.

I once read a definition of Street Photography that described it as “Urban Anthropology”. That has always stuck with me. It is an, at-times fruitless, effort to make sense of and record the chaos of life as it happens, and more. Unseen – in intention, if not always in practice – I look for unspoken connections, for unconcealed emotion, for tempestuous gesture, for unexpected juxtaposition, for irony, sometimes for humour, sometimes for pathos.

For me, Street Photography is about reacting, improvising, and discovering. It is often about the unconscious, the imagination, and acting on instinct. It is an opportunity to be among people and witness and capture the energies and relationships on display. And yet, sometimes it is something else. Sometimes it is a scene absent any people, yet life exists within nevertheless.

Whether populated by people, animals or objects, Street Photography is about being there, it is about taking chances. Both figuratively and literally, it is walking down a grey, dull city street only to turn left and discover something utterly remarkable. And then – not always successfully – having the presence of mind to take the photograph.