A Return to Live Music Photography 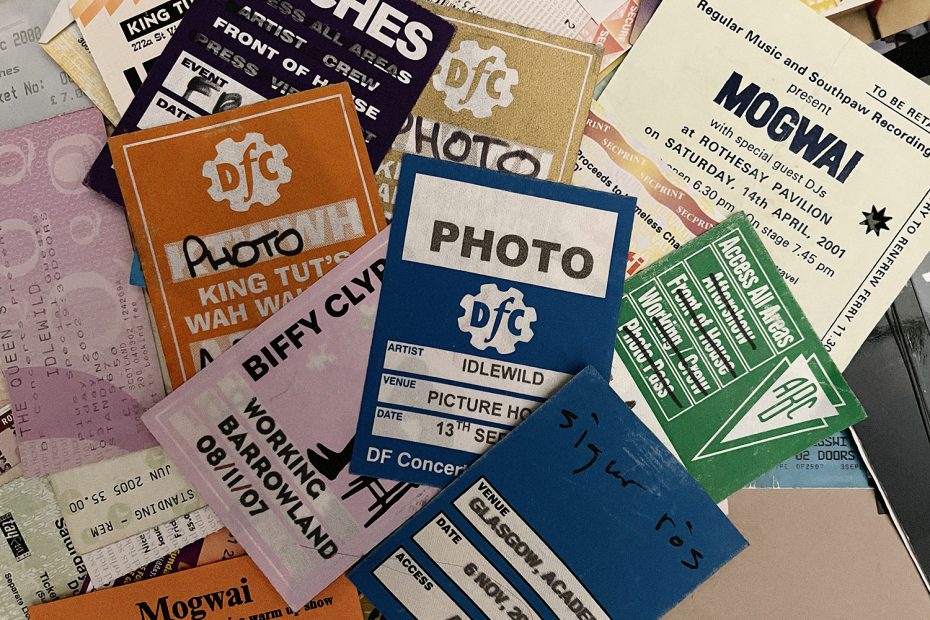 I first took up photography at a transitional time in my life. Too many fireworks, the indie record label that I owned and managed was on hiatus and I was desperate for something creative to do. 6 months of self-taught trial and error later, I was ready to get to work. Given my experience and contact within the music industry in Glasgow, photographing live music seemed a natural place to begin, and indeed it is where I got my start. In only another 6 months I rose from my first shows making photographs of friends in the 13th Note cafe to photographing bands like Biffy Clyro, Sigur rós, and Idlewild in bigger venues like Glasgow’s Academy or the hallowed Glasgow Barrowlands.

In those early days, for the most part, I would use my Nikon D300 and my Leica M8 – the first digital Leica rangefinder. The D300 had autofocus, the Leica entirely manual focus but both had a cropped sensor. It was the mid-to-late 2000s, and higher ISOs on smaller digital sensors still suffered from less than pleasant noise. Reviewing EXIF data on those photos from back in the day, I rarely ever pushed my ISO higher than 1600 and almost never used flash.

Jump cut to 2022 and after 18 short months of building my street photography experience again, and after an emotional return to live music for me since pre-pandemic – a fantastic Biffy Clyro gig at Stodoła; I knew I’d love to photograph gigs again. The aforementioned digital cameras were in my past, now replaced by 3 film Leicas, and an old Nikon D80 bought cheaply for use at the school where I taught.

Gig photography on film, then.

Low – occasionally almost absent – light photography, on black and white film using a manual focus rangefinder and no flash. No bother, eh? An uphill battle to be sure, but an adventure to be had, certainly. Not only do I need to experiment with how best to expose the film in high contrast, fast-changing conditions, but – just as I did with street photography – I need exercise that atrophied muscle-memory and reaction time to choose focus in that tiny wee rangefinder window in my Leica M6 (the obvious choice of the 3 – it has a light meter). And my eyesight certainly hasn’t improved in the decade I’ve been away. So yes, challenges aplenty, and a steep, uphill (re-)learning curve but it’s been a lot of fun so far.

At least for now, I’ve decided on Kodak Tri-X 400 and to push it to 1600. Having compared examples of Kodak’s TMAX 3200 and Tri-X pushed to 1600, I preferred the look of the latter. I haven’t quite achieved that look as of yet but I persevere. I’ll buy some TMAX in the future and shoot it on my own but the other, more pragmatic, reason for opting for Tri-X is that I’ve more than 40 rolls of it in my fridge.

The other big choice is development. I began with Kodak’s D-76 1:1 but after a few rolls decided to move to XTOL as a higher speed developer. So far, I don’t see a whole lot of difference with the exception of a finer, though more pronounced, grain. I suspect this may be down to vigorous inversions so I write this prior to developing the next 2 rolls with more gentle agitation, and may even experiment with stand development in the future.

Overall results have been mixed. I’m happy with many of the photographs, and disappointed with others. The photos where – whether through luck or good judgement – I’ve got it right – those are great. Others I have good exposure but my focus is off. In some, the focus is spot-on but the exposure is a mess. And of course, with some I have both right but the development wasn’t ideal. The disappointing photos may even be more useful to me at this stage to show me where I went wrong.

With a calendar slowly filling up with shows across the rest of November and into December, I won’t be slowing down any time soon – man, it’s great to be back around live music again – and will use this time to experiment and take some swings – some I’ll hit, some I’ll miss. This will likely become the first post in a semi-regular series of updates. Some of these swings you’ll see. Some you won’t.

Gigs shot so far:
Metro / The Cassino – Hydrozagadka
Avalanche Party / …And You Will Know Us By The Trail of Dead – Hydrozagadka
Rites of Fall / Thisquietarmy – Chmury
Peleton Fest 2 (16 bands over 2 days) – Chmury / Hydrozagadka