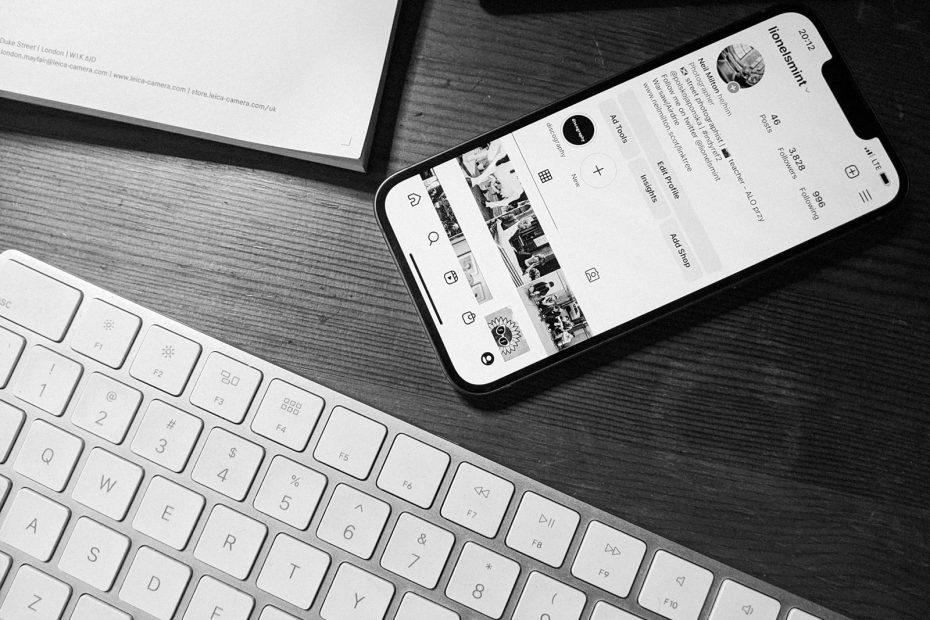 2012: The year of which the Mayans predicted destruction. The summer of the UEFA European Championships in Poland and Ukraine. The year… the year I joined Instagram.

It Began With 30 days

I had been in Poland 2 years, was obsessed with Chopin, and was, at the time, making music for piano and strings. To broaden my infant varsovian social scene, I had attended a TEDx event the year before and in 2012, I began volunteering with the team, and through them I watched Matt Cutts’ 3 minute TED short, “Try Something New for 30 Days“. 30 days is, apparently, just about the right amount of time to add a new, or subtract an old habit.

Having left photography behind to return to music in 2010/11, I hoped Instagram may be a way to exercise those particular creative muscles. 30 days later, it had become a visual diary of my life in Poland.

For almost a decade, the app overshadowed any other social media, including my once (and now returning) favourite, Twitter. I would post every other day. most often updates about writing, rehearsing, recording, promoting, and performing music either on my own or with my bands, The Frozen North, and Pop-up Books. There was no clear, obvious structure to it.

Smash-cut to late 2020 and as I made my pandemic-directed turn back towards photography, Instagram started a pivot towards video. It began a few years earlier with Stories as Instagram fought against the cheeky upstart – Snapchat. After the launch of teen-friendly TikTok in 2017, the more dramatic changes were felt. Most obvious was the introduction of vertical-video-encouraging IGTV.

Since then still photography has been in decline, relentlessly discouraged in favour of what the company ‘thinks’ its users want. Post used to take pride-of-place at the centre of the navigation at the bottom of the app screen. Then, relegated in importance, it found itself in a menu accessed all the way in the top-right. Now, after the introduction and promotion of Instagram’s much-touted TikTok challenger, in that sweet, sweet, prime navigation location you will find the icon for Reels.

From an app that was terrific at offering just one thing, it now excels in nothing. Snapchat, YouTube, TikTok. It has become a poor imitation of its competitors. In doing so it has only served to alienate and drive away many of its user base. As I write this, many on a popular Photography list on Twitter are announcing their exit and move to Tumblr. Whether Tumblr is an adequate replacement remains to be seen.

They Don’t Get It

Of course, Instagram doesn’t seem to get it. When Chrissy Teigen tweeted “We don’t wanna make videos Adam, lol” to Adam Mosseri, head of Instagram, he responded, “[…]What I want is an Instagram that is about photos [for those] who prefer photos, and is about video for those who prefer that format.” Leaving aside the implication he cares more for what he wants, rather than his users, his argument is disingenuous.

I am one of Mosseri’s hypothetical users that “prefer photos”. Last night, of 60 consecutive posts that were served to me on my feed, 39 of them were video content, and 21 were photographs. I prefer photos, Adam. Why do I see so much video content? Surely that’s just for users who “prefer that format”? No? Adam? Where are you? Oh right, you’re only answering the blue-checkmark crowd. Got it.

The final straw came for me this week with the full effect of the algorithm change. I can not move on the app without ads or suggested posts. And what of my own content? To test, I reposted a photograph that had performed ok exactly a year ago. I deleted the post, and reposted. Same hashtags, same day, approximately the same time of day. From an acceptable 202 likes (with 1k+ fewer followers at the time), the same photo is now sitting on 62 likes several days on.

I had a look at my insights for the last 90 days. With the exception of 1 photo with a famous face that will have artificially boosted the numbers, I’m sure, I looked at the reach. The most viewed photograph in the past 90 days was seen by 16% of the total number of my followers. The most viewed. Many others were considerably worse off, despite following “best time to post” and hashtagging advice, etc. With numbers like this, you have to question why bother posting at all.

And so, I’m not going to bother.

Though I toyed with deleting my account completely, photographers are looked upon with curiosity and suspicion if not able to link an interested party to the “insta”. Instead, this week, I downloaded all 1.6gb worth of my posting history on instagram. Once safely on my computer, I set about deleting all but 46 posts, around 10 years of posting history, gone in a flurry of furious tapping. What is left behind are just shy of 50 of my favourite photos since I returned to photography at the end of 2020.

And that’s how it’ll stay. For now I’m back on twitter, and I’m doing what I can to make this website itself a place someone may want to spend a few minutes. And if someone wants to find me on Instagram, they’ll find me. They just won’t find me very active – unless things improve, of course.